While it seems both intuitive and obvious that optical companies would pursue the development of ever-sharper and better-corrected photographic lenses—and, in fact, devote considerable resources in terms of money and time to that pursuit—there is one group of end users whose desire was to achieve exactly the opposite effect. Both portraitists and pictorial photographers wanted objective lenses that could achieve a softer (what they termed more “plastic”) image. To this end came the development of three types of soft focus, or pictorial, lenses. The standard portrait lens for many years was the original Petzval design of the 1840's. These lenses were quite sharp—too sharp for many portrait workers. The softer so-called pictorial image was considered be a more realistic rendering of portraits, hence the development of the soft focus type of objective.

The first of these was a single meniscus lens which was uncorrected for any optical aberration.  The best-known of this type was the Struss Pictorial lens.  At most apertures, these lenses produced the desired soft effect as a result of both chromatic and spherical aberrations.

A second type of this lens is the awkwardly (yet precisely) named achromatically corrected cemented doublet. Its softness was achieved by a deliberately uncorrected zonal—or spherical—aberration.  These lenses are, however, color-corrected to a moderate degree, and thus useful to use with color films. At maximum apertures, these lenses are exceedingly soft; since the defects minimize as the lens is stopped down, they offer the photographer a greater degree of control over the image. Their undercorrected spherical aberration also creates the illusion of greater depth of field.  The most prominent of these lenses, the Imagon of Rodenstock, was called the Tiefenbilder Objectiv—“tiefenbilder” a German term meaning “deep focus.” Besides the Rodenstock lens, other products of this type include Pinkham and Smith’s Semi-Achromat and Synthetic lenses; Spencer’s Portland; and Kodak’s Portrait Lens F 4.5. 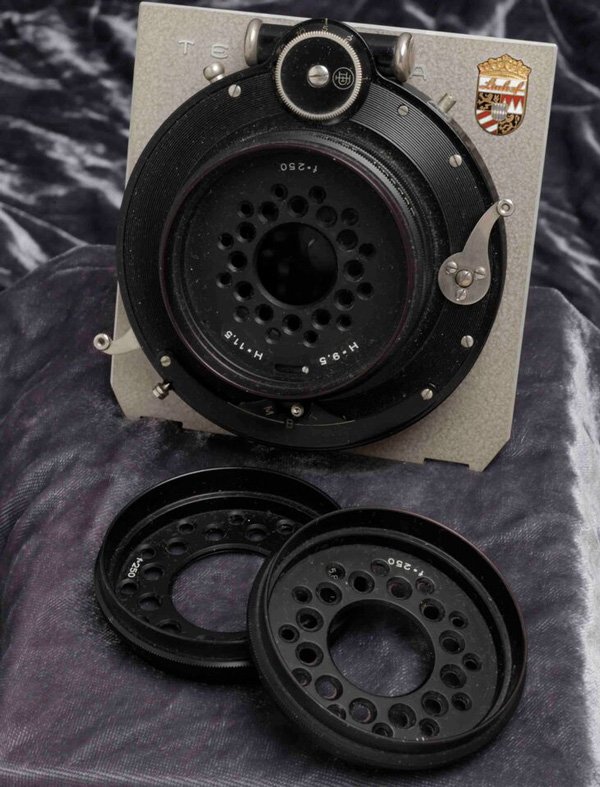 Typically, these lenses were engineered with a diaphragm used for control of the stop. The Imagon, however, used a unique set of perforated disks which allowed a decrease in lens speed for exposure control while maintaining the softness of the image. But a drawback to this technique is the appearance of that ring of perforations in specular highlights.

But the most widely used of the soft focus lens designs was something derived from the Rapid Rectilinear. This arrangement is a pair of like achromats, symmetrically arranged in a barrel, with a central stop. It’s a design that has the advantage of offering both less barrel distortion and greater color correction possibilities. The best known of these are Wollensak’s Verito, Gundlach’s Hyperion, the Visual Quality lens from Pinkham and Smith, and the Plastigmat from Bausch and Lomb. (To confuse matters, Bausch and Lomb marketed a highly corrected convertible Anastigmat also called the Plastigmat.) These lens were also convertible, the rear elements being useful as a longer (almost double) focal length of the pair.

There were also many one off designs: most notable of these were the Graf Variable, a lens with adjustable focal length and softness, and the Sigmar, an uncorrected triplet. This lens was offered by both Bausch and Lomb and Zeiss. 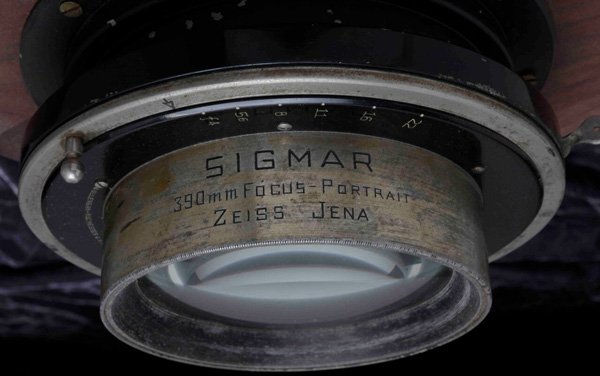 It is possible to achieve a soft focus effect by moving an element of an Anastigmat out of its normal position. Ilex used this technique for its Paragon Anastigmat, of longer focal lengths;           Wollensak produced a similar product with its Velostigmat lenses.

Most of these lenses, unfortunately, were manufactured in focal lengths far too great for convenient use on our modern digital cameras, although they are still held in high regard and sought after by photographers who use large format film cameras.

Several manufacturers have developed soft-focus filters, as well as soft focus lenses for the smaller film and digital formats that are common today.

Despite the advances in the industry, none of these newer products behave quite like or produce the same results as the large glasses of the early 20th century. There are still soft focus lenses for large format cameras being manufactured today: Fuji produces its SF Fujinon, and Rodenstock still makes its Imagon.