The History of a Photographic Lens 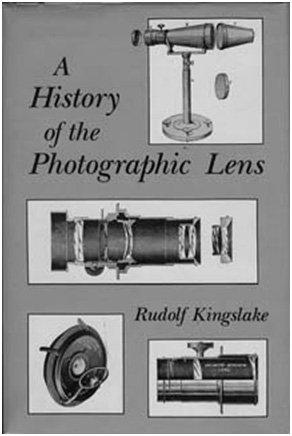 No discussion of the history of optics in Rochester would be complete without noting the considerable contributions made by Rudolf Kingslake to the field.  Although he was born and educated in England, he came to America while still in his mid-20’s, invited here for the express purpose of helping to establish the Institute of Optics at the University of Rochester (a named chair was created there in 1989 in honor of Kingslake and his wife, Hilda).

Kingslake was an engineer, a lens designer, an academic and an accomplished historian; his book A History of the Photographic Lens is perhaps the best book of its kind, a detailed cataloguing of the evolution of lens design, written by a man whose own contribution to the field was formidable. He left his post at the University of Rochester in 1937 and worked at Eastman Kodak as a lens designer until his retirement in 1969. He remained a part-time faculty member of the University of Rochester for forty-five years: in their obituary notes after Kingslake’s death, the U of R noted that they had never been able to find another scientist who taught lens design so well.