Every photographer is likely, at some point, to encounter issues with depth of field control. The image they want may require sharp focus across its entire field, but stopping down the lens may be impractical for reasons of exposure, or undesirable for the change that diffraction exerts upon sharpness.  Conversely, there may be times the photographer wishes to limit the area of sharp focus (to emphasize a certain feature of the subject) or else to blur unwanted detail in a background.

The workaround for these problems is the utilization of the Scheimpflug (SHIME-flu) principle, which makes it possible to both adjust the plane of focus and maintain a desirable aperture.  It was first described by a French engineer and inventor, Jules Carpentier, in a British patent application in 1901. But the principle was made famous later—and named after—an Austrian Army engineer, Theodor Scheimpflug, who applied it to perspective and scalar correction in aerial photography. (When asked about it later, Carpentier said he didn’t mind a bit that his discovery bore another man’s name, as long as people found the concept a useful one.)

In simple terms, the Scheimpflug Principle involves he rotation of a lens about either its vertical (when the movement is called swings) or horizontal (called tilts) axis to adjust the plane of focus. On large format view cameras, these controls are found are both the front (lens) and rear (film) standards. 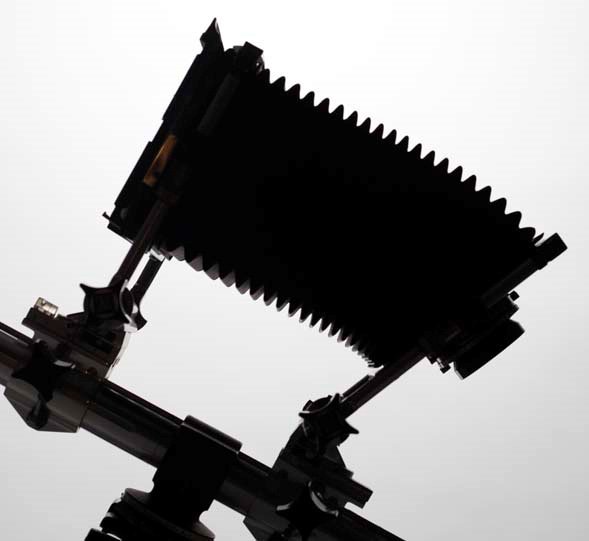 With modern small and medium format cameras, film or digital, a photographer can find many swing and shift lenses and adaptors are readily available.

Focused at infinity, a lens is at its closest focusable point to the image plane. As focus shifts to closer subjects, it is extended further from the image plane. To extend the plane of focus horizontally, the lens is tilted forward, toward the subject. The top of the lens moving away from the image plane allows the foreground to be in focus, while the bottom of the lens, remaining closer, focuses on the background.  Thus, the entire image is rendered sharply; stopping down the lens will also ensure the sharpness of objects above the plane of sharp focus. 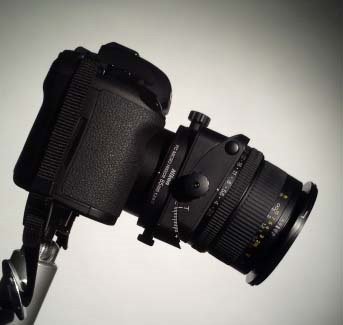 A swing shift lens tilted toward the subject… 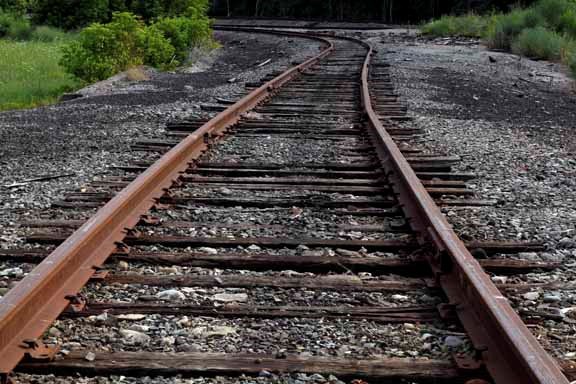 Reversing this procedure results in a much narrower plane of focus, an effect that is used to advantage when only a select area of the image is required to be sharp. This selective technique is widely used among both food photographers and portrait artists. 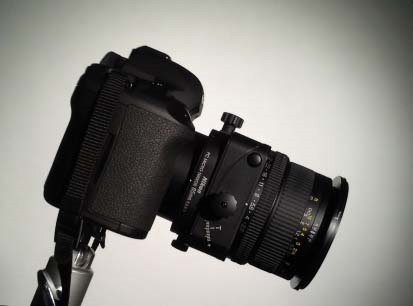 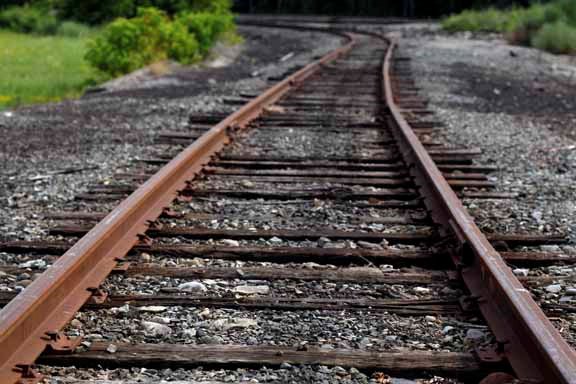 …and the less-focused fore- and backgrounds

These effects can be predicted mathematically and should be, if a permanent fixture, such as an inspection application, is being produced.  To describe the mathematics is beyond the scope of this article, but the information is readily available in any physics textbook, from any number of online sites (and even Wikipedia has a very good and concise explanation of the math involved in this effect). For most photographers, a visual trial-and-error process works very well on its own, no mathematics required.