When he was just thirty years old, Carl Zeiss opened a small workshop in his native Jena, where he repaired a variety of scientific instruments and even made some to order. His talent for optics was undeniable, and before the year was out he produced the first loupe microscope, in 1847.

The products that came out of his company’s workshops enjoyed a solid reputation as quality items, meticulously crafted, and Zeiss had enough business acumen to be able to align his goods with the demands of the marketplace.  But in those years, optical accuracy was achieved by a time- and labor-intensive system of trial-and-error. Zeiss intuited that the design of optic systems could be better determined scientifically.

In 1872, he teamed up with the German physicist and optical engineer Ernst Abbe; together, they eventually developed the Abbe sine condition, a mathematical condition that, in theory improved the quality of microscope objecting (in theory because, at that time, no glass available was strong enough to allow for testing of the idea). 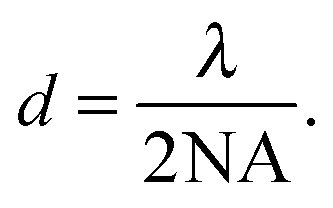 Abbe became a silent partner in the Zeiss Company, and in 1884 he began to collaborate with a young glass chemist named Otto Schott, who had just completed a doctoral degree. Within the next two years, this partnership had produced a new type of glass, one which allowed the production of the first apochromatic microscope objective lenses. Around this time, they also founded the new Schott Glass Works of Jena.

This research, along with the growing popularity of photography, provided the impetus for Zeiss to branch out from his company’s production of microscope and optical instruments, and he began to offer a line of fine camera lenses, as well. When Carl Zeiss died in 1888, he left his company to his son Roderich and to Abbe, who soon bought out the younger man’s interest in the company.

As director of Zeiss, Abbe then began the Carl Ziess Foundation, incorporating both the Zeiss Optical Works and the Schott Glassworks. Much of the profit from the Foundation went to the coffers of the University of Jena, as Abbe felt a great deal of gratitude to the school for his own success. His generosity didn’t end there; Abbe was also an ardent social reformer. The general purposes of the Foundation were aimed not only at advancing the sciences and the precision optics industry, but also at the ideals of social responsibility, specifically through the betterment of the local community and the employees of the company. Abbe instituted many innovations, such as the eight-hour work day, paid vacations, and employee profit-sharing.  He died in 1905 (and his death was said to have been attributed to overwork).

These three men—Zeiss, Abbe and Schott—are considered to be the fathers of the modern optical sciences.

In 1926, Zeiss both acquired and merged with several smaller camera and lens manufacturers, including Contessa-Nettel, Ernemann, C.P. Goerz and Ica; all of these companies were eventually merged to form Zeiss Ikon (based in Dresden, with plants in Stuttgard and Berlin). Until production was disrupted by the Second World War, Zeiss Ikon and Carl Zeiss Jena were world leaders in camera, optics and microscope production. 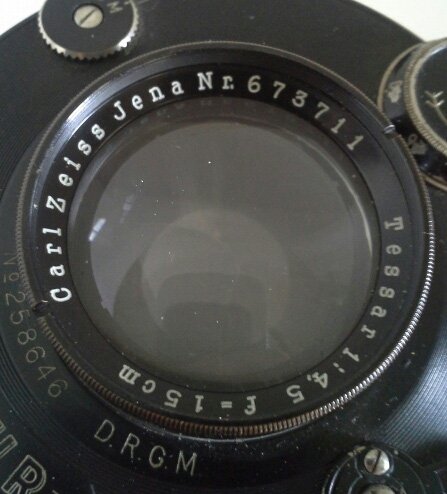 After the war (and for the next five decades), the company was split in two, the Carl Zeiss Foundation re-formed in Stuttgart, in the west, and Jena in the east, and production of the company’s product lines resumed. Despite merging with the famous firm Voitlander in the mid-1960’s, Zeiss Ikon Stuttgart ceased its production in Germany in 1972, although it did continue to market excellent products made by outside firms.  And since reunification in the 1990’s, Carl Zeiss has been reviving the Zeiss Ikon name, introducing several new products, including a rangefinder camera manufactured by Cosina in Japan, using both German and Japanese optics. 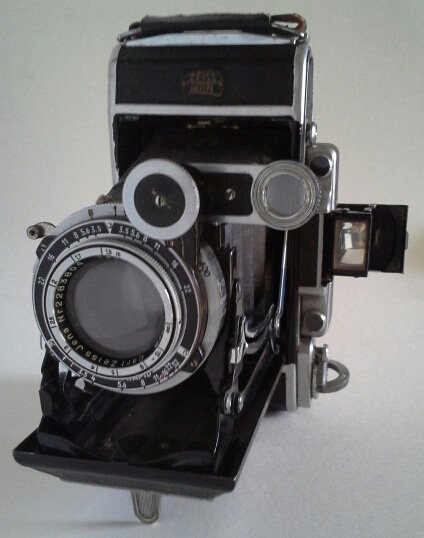